Anne, a woman in her 40s who was feeling depressed and anxious, consistently blamed other people and situations for her feelings and behaviours. She blamed her mother for much of her unhappiness and when that relationship improved, her focus shifted to her husband who was now the source of her unhappiness. One of her issues was a lack of financial independence and she resented the fact that she was a stay at home mum and didn’t have a separate source of income. Through my work with Anne, I noticed that whenever I tried to help her explore what she could do to change her situation – such as take a part time job or find ways of communicating with her husband – she would come up with a range of excuses not to take control and would attempt to shift the conversation back to the negative impact of people around her. When I checked in with Anne at the beginning of a new session, she would place far more emphasis on what other people had done to thwart her efforts than on the steps she had taken to improve her life. Anne told me she had left a previous therapist after the therapist had suggested she had a “victim mentality” and, although that is not an expression I would use with a client, I could see that Anne had a strong tendency to identify as a victim in any situation she encountered.

Identifying as a victim in a variety of situations is not the same as identifying as a victim with regard to a specific situation in which you have been victimised (for instance, identifying as a victim of sexual or domestic abuse). What we’re talking about here is people who consistently see themselves as victims in the sense that they have little power or agency over their own lives. Instead of taking responsibility for what happens in their life, they externalise by blaming other people and situations. And even when the people or situations change, they still see themselves as “having things done to them” and having little real power to change their situation.

Here are some of the things which might be going on for you if you consistently identify as a victim and how you can begin to take back control.

You learned long ago that you were helpless & powerless

Some people who always see themselves as the victim learned, at some point in their life, that they were helpless. Perhaps you were abused as a child or raised with a highly controlling and critical parent. Perhaps you were raised in a frightening environment where one of your parents was in a powerless position. As you made sense of the world, you saw that it was a place where some people appeared to hold all the power – and where other people held very little. It is important to know that, now, you are not that child and that you have the right to recognise and exert power over your own situation, no matter how helpless you may have been at points in your life. 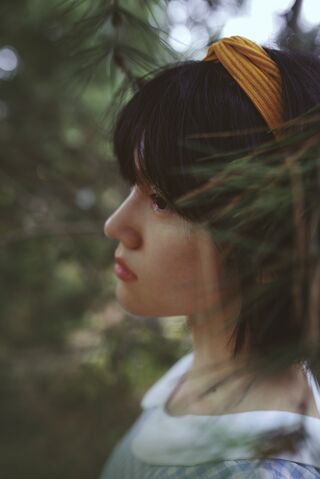 You use it as a form of manipulation

Whether or not you consciously mean to do so, acting like a victim can be an effective means of manipulating other people into behaving the way you want them to. I’ve previously written about Stephen Karpman’s drama triangle in which people play one of three roles – victim, perpetrator and rescuer. Creating drama in your life and relying on people to step into the role of rescuer is a way of getting attention and relying on other people to help you sort out situations, from helping you manage toxic family relationships to providing for you financially. The first couple of times you noticed people jumping into rescue you, it might have made you feel loved and cared for and given you the attention you craved. Now you know that other people will respond to you in that way, you create situations and stress your powerlessness in order to encourage people into acting the way you want them to. If you want to grow as a person and exert some real control in your life, manipulating other people in this way – whilst it might yield some short term results – is never going to provide you with the life you deserve. You’re not a weak person who needs to use other people. You’re an adult who has the ability to shape your own life. The next time you find yourself desiring something in life, instead of thinking how you can coerce someone else into helping you achieve that, take some time to think about what you can do to create that change.

It means you don’t have to take responsibility

Life is tough and it’s tougher for some people than it is for others. Many people find life harder because they lacked stability in their childhood and may have experienced trauma. We know that there is a clear link between Adverse Childhood Experiences (ACEs) and a range of mental and physical health issues. So if you’re someone for whom life is difficult, it’s more than understandable that there are times when you don’t feel like you have the energy or motivation to take control and improve your life. Perhaps it’s easier to adopt the victim role and blame everybody and everything for what you feel is lacking in your life. Taking responsibility is scary – what if you fail? It’s far more comforting to know that there’s someone else to blame. The impact of adopting this stance is that you’re denying yourself the possibility of creating real change for the better. Creating positive change is hard – far harder than blaming life generally – but you have the capacity to do so. You might find it’s a case of one step forwards, two steps back whilst you’re learning new ways of thinking and acting, but you do have the power to change your life for the better, simply by realising that only you have the responsibility for doing so.

If you identify with the above, it’s important to realise that feeling like a victim and acting from that perspective will always leave you in a weak position. Although there may have been times in your life when you have been abused and experienced trauma, you can choose to turn that around. If you need help in taking back control of your life, it might be useful to visit a therapist who can help you whilst maintaining their own professional boundaries, in contrast to seeking help from people who have been your rescuers in your past.

The Weirdest Minds in the World

4 Crucial Tools for Dealing with Uncertainty

This error message is only visible to WordPress admins

Please go to the YouTube Feed settings page to enter an API key or connect an account.

This error message is only visible to WordPress admins

When dealing with crisis, stay focused and prioritize

23 Types of Graphs & Charts: Learn how to represent your data

23 Types of Charts & Graphs: Learn how to represent your data