In the second half of the twentieth century, members of foreign missions to the United Nations headquarters in New York, by virtue of their diplomatic immunity, did not have to pay parking fines.  Two economists, Raymond Fisman and Edward Miguel, studied the distribution of more than 150,000 parking citations, which had been issued to diplomats of various member-countries’ missions, that went unpaid between 1997 and 2002.  They discovered a fascinating pattern.  Some countries’ delegations (e.g., Bulgaria) had accumulated more than a hundred tickets per diplomatically immune employee, while others’ delegations (e.g., Australia) had no tickets, let alone any unpaid ones.  What they found was that independent measures of corruption in the various countries correlated with the numbers of their diplomats’ unpaid parking tickets, even when they controlled for a variety of potentially relevant factors, such as countries’ relative wealth.  Finally, in 2002 the city started enforcing parking citations issued to the diplomats.  If they had more than three violations, the city’s officers seized their diplomatic license plates.  As expected, violations dropped dramatically, but representatives from countries plagued by rampant corruption still accumulated the most tickets.

In his wonderfully engaging and ambitious new book, The WEIRDest People in the World, Joe Henrich argues that parking lawfully and paying the fines associated with any parking tickets that you do receive is a WEIRD thing to do.  It is the kind of thing that people, who live in Western, Educated, Industrialized, Rich, Democratic societies, do.  Henrich’s new book aims to explain the origins of WEIRD cognition and behavior, which he, Steven Heine, and Ara Norenzayan described at length in their landmark paper on this topic a decade ago.

Their central thesis is not just that WEIRD people are different from other people in this way or that, but that most of the available empirical research indicates that WEIRD people not only differ from other humans on multiple psychological fronts but that they are often extreme outliers.  Henrich and his colleagues survey research across a wide array of psychological functions and capacities.  These include such things as spatial reasoning, categorization, inductive inference, moral reasoning, sense of fairness, styles of reasoning, self-concepts and associated motivations, and willingness to cooperate, especially with strangers. 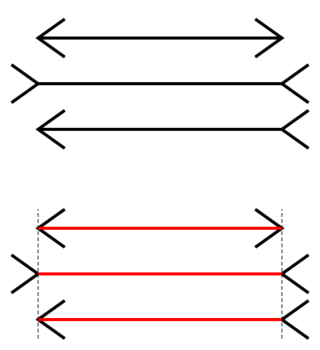 These and dozens of other findings about the psychological distinctiveness of WEIRD populations raise a point of concern about contemporary experimental psychology.  Henrich notes that, although their paper sounded the alarm bell a decade ago, more than 90% of participants in experimental studies in the social and behavioral sciences continue to hail from WEIRD societies.  (Not only that, they come overwhelmingly from the undergraduate populations of the major research universities of North America and northern Europe.)  Researchers’ assumptions that these studies offer evidence about human psychology, as opposed to evidence only about WEIRD (late adolescent) psychology, appear questionable.  The whole point of Henrich and his colleagues’ work is that WEIRD populations are decidedly not representative of the psychological make up of our species in general.

If Henrich and his colleagues are right about the atypicality of the psychology of WEIRD people, then that would seem to call for a substantial increase in cross-cultural psychological experimentation.  That observation occasions two final points.  First, carrying out psychological experiments effectively across cultures will require teams of researchers, including cultural anthropologists, and retraining all-around, as psychologists learn about ethnography and anthropologists learn about the tools and methods of experimental psychologists.  Second, from its origins in the 1990s, no field has pursued such projects any more assiduously than have researchers in the cognitive science of religion.

4 Crucial Tools for Dealing with Uncertainty

Your guide to topgrading interviews

It’s Time To Say It: Communication and education should be interactive

💀 Day of the Dead: Inspiration and resources to celebrate it in all its color

Don’t Whine About Your Job. Do Something!

12 recruitment podcasts you need to listen to